Situated on the banks of the River Great Ouse, 16 miles North West of Cambridge, on the A1...

Instructions from any Club Official or Steward must be complied with at all times.Rovers...

How to Find Us

How would you like to become a sponsor here at Godmanchester Rovers FC? BANNER ADVERTISIN...

HUNTINGDONSHIRE SENIOR CUP FINAL Godmanchester 6 St Neots Town 0 In the end it was a dis...

Also playing under the Godmanchester Town FC banner sides with Junior sides (Under 7 to Under 17).

Our Reserves are managed by the Alex Ramos and Stephen Hurst, whilst Richard Cosbey takes charge of the Under 18's.

Godmanchester Rovers chief insists everyone must do better

Rovers have now gone three league matches without a victory – a run which has seen them drop to third place and fall nine points off the pace being set by leaders Histon.

Godmanchester will keep pushing for title despite slight stutter

Godmanchester Rovers secured their spot in a second cup final this season in dramatic style.

Read the Full Article by Dan Mason @ The Hunts Post

Godmanchester will face St Neots Town in the final

Godmanchester Rovers secured their spot at a second cup final this season in dramatic style on Tuesday night.

After Austen Diaper put the home side in front five minutes into the second half, a freak Chris Hyem own goal on 54 minutes levelled the scores, and that’s the way it stayed in a hotly-contested affair.

Read the Full Article by Dan Mason @ The Hunts Post

Godmanchester Rovers attended the FA at Wembley earlier today to answer the charges relating to the previous round in the FA vase competition. The club legal adviser and a club officer attending in person.

Although the FA with sympathetic and acknowledged notification system errors relied upon by the club they have nevertheless disqualified club from further participation in the FA vase, which means sporting khalsa go through instead. The club are of course Deeply disappointed at the decision. it will consider an appeal with the written decision has been received. 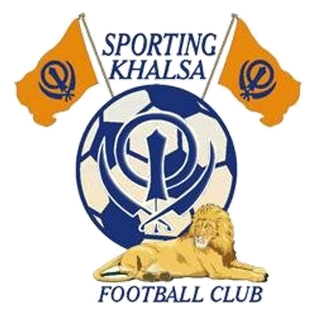 Today (Thursday) the Football Association ruled that Godmanchester Rovers had fielded an illegible player in their 1-0 fourth round victory against Sporting Khalsa 19 days ago. Chris Hyem, booked in two previous rounds, should have been suspended as per a new rule introduced at the start of the season.

The FA have, as a result, removed Godmanchester from the competition and reinstated Sporting Khalsa.

This decision is subject to an appeal. If there is no appeal, or the decision is upheld, Khalsa will travel to face Sholing FC on Saturday February 2.