Situated on the banks of the River Great Ouse, 16 miles North West of Cambridge, on the A1...

Instructions from any Club Official or Steward must be complied with at all times.Rovers...

How to Find Us

How would you like to become a sponsor here at Godmanchester Rovers FC? BANNER ADVERTISIN...

HUNTINGDONSHIRE SENIOR CUP FINAL Godmanchester 6 St Neots Town 0 In the end it was a dis...

Also playing under the Godmanchester Town FC banner sides with Junior sides (Under 7 to Under 17).

Our Reserves are managed by the Alex Ramos and Stephen Hurst, whilst Richard Cosbey takes charge of the Under 18's.

The magic of the F.A Cup, five goals, pouring rain and an Air Ambulance. Just another routine Sunday afternoon in Northampton.

A decent crowd turned out at Billing Road despite the almost torrential rain that decided to drench everyone half an hour before the kick-off and was to continue right up until the 60th minute mark.

The game kicked-off in pouring rain and Godmanchester were quick to settle with Jack Chandler causing problems down the right channel. They had got the ball into the box a few times in the early stages with Chandler’s whipped ball skidding across the face of goal just ahead of James Hall’s slide the most dangerous. On 8 minutes though Chenecks finally mounted an attack and good play in the box on the right saw a low ball played across keeper Niall Conroy and Nathan Burrows slid in to turn the ball home from less than a yard out. Against the run of play but Chenecks were one-up.

Losing start for Godmanchester Rovers as they don’t their chances

Drake saw his side beaten 2-1 at newly-promoted Swaffham Town - the reigning First Division North champions - in a Saturday curtain-raiser.

Rovers fell behind after just three minutes but levelled early in the second half as James Hall grabbed the first goal of his latest spell with the club.

But Drake's men were made to pay for allowing a number of other chances to go begging as Swaffham struck again midway through the second period to clinch the points.

Read the Full Article by Mark Plummer @ The Hunts Post

Will a summer of frustration be followed by a season of celebrating for Godmanchester Rovers?

Ollie Drake is not a happy man.

There were no bold statements or big predictions from the Godmanchester Rovers boss on the eve of the new Thurlow Nunn League Premier Division season. Quite the opposite in fact.

Rather than talking up his side's chances of bettering their fourth and third positions of the past two campaigns to challenge for promotion, Drake instead reflected on the frustrations of a difficult summer at the David Wilson Homes Ground.

Read the Full Article by Mark Plummer @ The Hunts Post 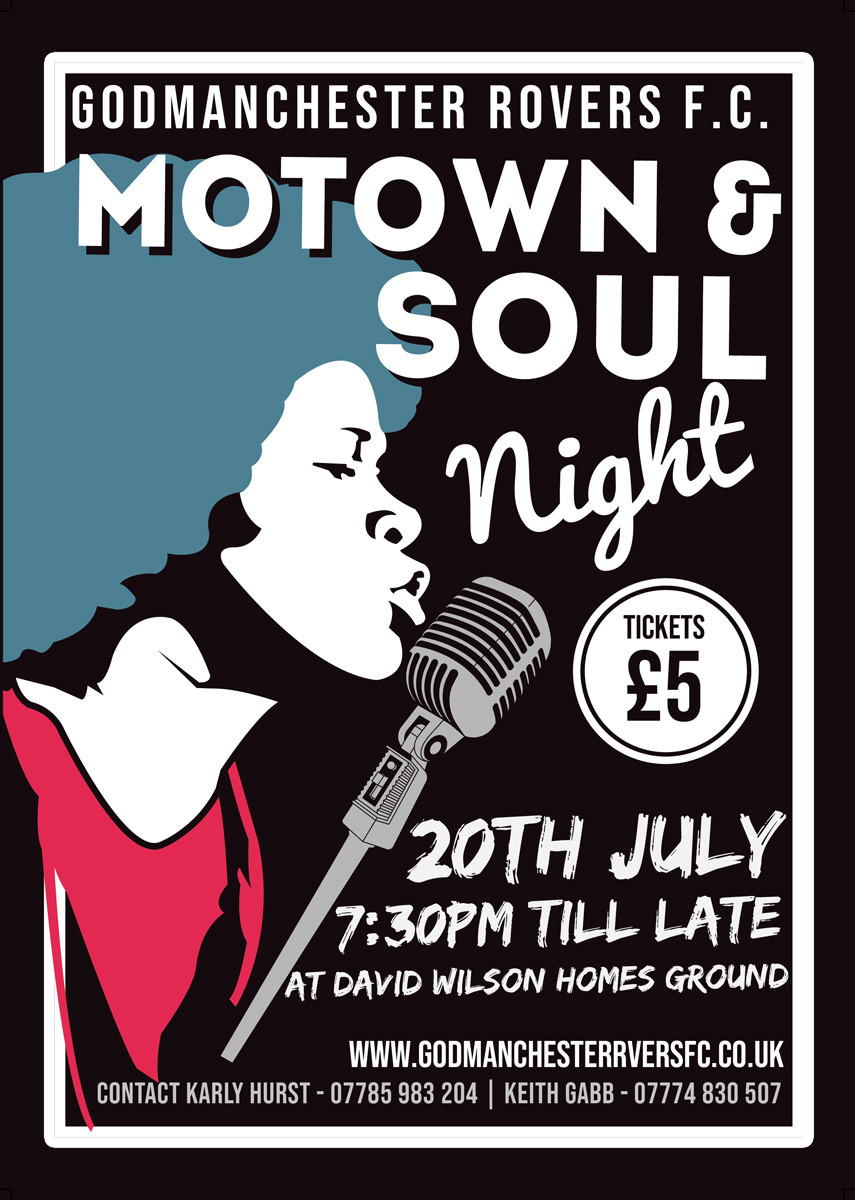 Please note that venues for these fixtures will be confirmed later

Starting at 9.30am Sunday 23rd and 30th June, we would love some help in getting the Rovers Ground ready for the new season. There will be bacon butty and refreshments. Jobs will include grass cutting, painting, board maintenance and general tidying of the ground .

Any time you can offer would be greatly appreciated!