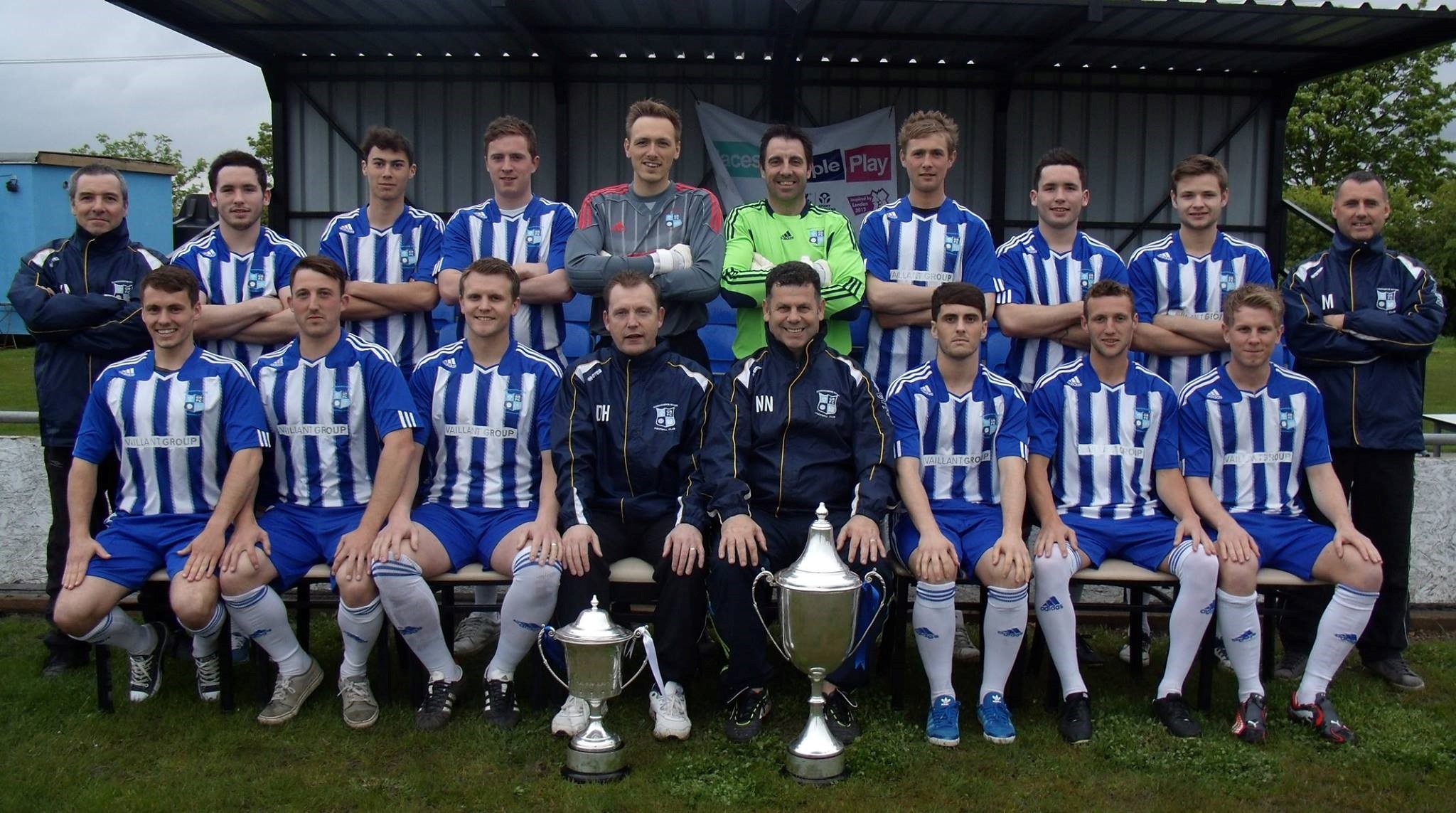 He stepped up from Reserves to first team football last season and had a fine season. Great shot stopper. Hopefully this season Matt will mature into a great senior goalkeeper and push for a 1st team spot.

Experienced keeper, joining us from Newmarket Town. This tall and athletic keeper is good in the air and a fantastic shot stopper. Reads the game very well. Excellent vocal player, great asset to the squad.

Nick's intelligent play combines an uncompromising physical approach with the ability to pass the ball out from the back. Nick's capacity for handling pressure bows well for the future. His strong presence will be a match for any centre forward in this league.

Powerful and strong centre half good in the air and can knock the ball around too, Has recently been at Peterbourgh North Star & St Neots, His experience will be a great addition to the team.

Stephen has consistently justified his place in the team throughout last season and evidently gave his best performance throughout the league campaign. This accomplished defender even chips in with the occasional valuable goal.

Second spell with the club, Jonny has established himself as a quick, committed, attack-minded player, who is also capable of playing at left-back or midfield. His creativity and drive to support the attacking play will suit Goddy's attacking style of football, big season expected from him.

Vocal and single minded he has all the attributes and characteristics of a great leader of men.  Chris gives his all in every game, demanding the same from his team mates. No one wants to win more then him. Chris is in control and often pinpoint accurate with his passing, neat and compact his superb late runs from midfield have seen him chip in with many a goal.

Mikey is younger brother to Chris and comes here from St Neots, this is a fantastic signing for club, a great lad very skillful and strong never stops running. He can also play in a number of positions, good in the air and also a great tackler, Mikey is an all-round, great midfield player and will be one of the popular with the 'Goddy Faithful

Paul's been with the club for five seasons, and was top scorer in the Ridgeon's league last season with over 23 goals. Great first touch and quick off the mark makes him a handful for any defender. Another good season expected from this talented lad!

In his early days his football education was with Cambridge United. Played for Needingworth for a short spell before joining St Ives where he stayed for several season winning a number of competitions as will as part of the St Ives side that reached the last 16 of the FA Vase in 3 consecutive years. Moved to Newmarket Town in 2010.

JT was a welcome addition to the squad for this season. As a youngster and youth he played for Cambridge United under Rob Newman. As an 18 year old he played for Cambridge Utd when they were in the league in an Important match against Rushden & Diamonds as netted a unique hat trick After several seasons he decided to move to Rushden & Diamonds in the Conference before ending up with the successful Corby Town side which won promotion to the Conference North in 2009. He then took last year out to focus on his job and lovely family with a new baby. He has decided to gradually get his sharpness back playing for Goddy and may even stay put just for now if he gets recognition and support.

Jordan although young in years plays with sublime dribbling skills and is comfortable with both feet. went through the successful and organised Huntingdon Town U18 team a couple of years ago before stepping up a couple of senior levels and playing for Newmarket Town in the Ridgeons Prem. At the end of the season he was invited for trials with Cambridge City and finished the season with them. This season he has been retained by Cambridge City. He has signed dual registration for both teams and is very much looking forward to getting first team experience.

Lingy was signed on from Huntingdon Town F.C. Has spent most of his career playing for them. He will now be looking to establish himself in the Goddy 11, Lingy can also play in a variety of positions